Remember George Orwell’s 1984? Great book with a grave message: Watch out for the thought police.

“Thoughtcrime” comes to mind when I read SB 236. 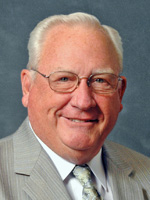 Proposed by Democrat Dave Aronberg and Republicans Charles Dean and Carey Baker, this law would increase the penalties of stealing from utilities if the stolen power is used to grow marijuana. (Marijuana is specifically mentioned in the bill, though the proposed law could be used for other controlled substances.) Currently, anyone who steals from the utilities is guilty of a misdemeanor (depending on the amount stolen) and must pay back the power company. But if this bill passes, the intent to grow weed would increase punishment to a third-degree felony, a possible five-year prison sentence.

This bill comes as Florida deals with an ever-growing (ha!) amount of grow houses. In fact, as I’ve reported before, Florida is ranked No. 2 in the U.S. for marijuana cultivation, right behind California.

Without even getting into the debate over our wacked-out drug laws, and without pointing out that other states are loosening drug laws as Florida cracks down, I don’t see how stealing electricity for growing marijuana is any worse than, say, stealing electricity to create fake money, or stealing natural gas so you can cook the materials needed for explosives. Should we have subsets of the utility theft code for every stinkin’ intent for stealing power? Ridiculous.

Even if you don’t have the libertarian view on marijuana, why not up the utility theft penalties for everyone?

Accordingly, I give this bill a rating of 3 bong hits.