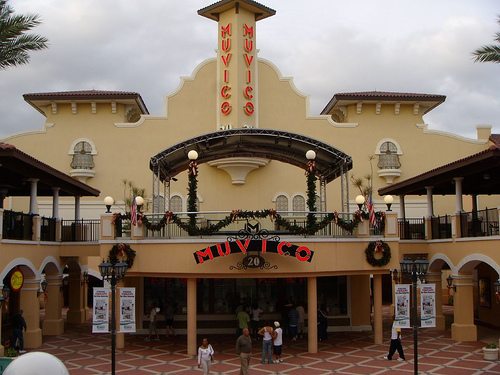 For the last two months, I’ve tried hard to avoid the debate over Baywalk’s public sidewalk. I did not ignore the subject because I hate free speech or love Baywalk, or any version of these two. No, I avoided it because the whole damn thing is a non-issue.

Like many “big stories” in this town — and come to think of it, across the country — this is another “us vs. them” argument that seems to make good soundbites and elicit a flood of Letters to the Editor. But, frankly, this idea that city councilmembers are fighting for “the soul of dowtown St. Petersburg” is complete rubbish. I have even more disdain for those business owners and editorial writers (see “They Put the Dagger into Baywalk” Tim Nickens) who cry wolf at the City Council’s recent decision not to privatize the Baywalk sidewalk.

By reading the St. Petersburg Times, I’m supposed to pick one of two arguments:

1) Baywalk is the Golden Boy (or Girl) of downtown St. Pete. Without it, our vision of a thriving downtown is dead. But poor, poor Baywalk is on life-support due to a bunch of unruly protesters who prevent decent hardworking Americans from shopping at Chico’s. We should allow the new owners of Baywalk to control their sidewalk. That’ll fix the recession!

Now you see why I’ve shut my ears and eyes to this nonsense?

But, alas, after reading a recent Times’ editorial, I’m compelled to respond. So let’s break this down so even Tim Nickens can understand it:

So if just one sidewalk is really not the issue, why are the new owners of Baywalk so adamant about controlling it? Two reasons …

The first one is simple: Why not? As business owners, they want to leave as little to chance as they can. If they have the chance to control more area in order to bring in customers, they’ll take it. Hell, I’m sure they’d ask to own all the sidewalks in St. Pete if they thought it would pass!

The second reason is a little more insidious:

While the city fights over the sidewalk, reporters and citizens are distracted from the real issue — the City Coucil giving nearly $700,000 of taxpayer money to a failing private enterprise in the midst of a recession.

What’s more infuriating is the lack of historical context in this debate. Tens of millions of dollars have already been spent on Baywalk over the years. And even before Baywalk, city leaders bulldozed six blocks and spent millions on the Bay Plaza boondoggle.

The Times’ Tim Nickens and others screaming about “the death of Baywalk” don’t seem to understand what has revitalized St. Petersburg over years. It certainly was not Baywalk. Sure, we should have a movie theater and some high-end shops downtown. But Ybor and Channelside have the same thing — and yet they aren’t attracting people from all sides of Tampa Bay, except for maybe bachelorette parties.

What made downtown St. Pete is the mixed-use projects that allow folks to live, work and play downtown; the charming restaurants and hip bars; the eclectic shops; the art galleries; the walkability; the waterfront; the major venues like State Theater and Jannus Landing, which recently closed. If we’re throwing around thousands of dollars, why not invest public money to open Jannus back up? I guarantee that venue has brought more people downtown than some cheesy mini-mall.

If the owners can’t make money because of a handful of protesters, then they deserve to go under. With that kind of attitude, they might as well give up now.

3 thoughts on “Did the St. Petersburg City Council destroy Baywalk?”