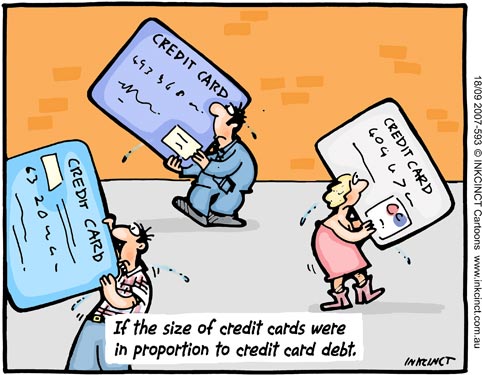 There’s been a lot of buzz about the new credit card bill that moved through Congress and is heading to President Obama to sign. Right-wing talk radio has made much hoopla of the changes; their rallying cry is good credit consumers will subsidize the bad. Even some news reports have made the same statement. (Back to that argument later.)

But for the jobless, this bill will give some much needed relief, from banning the practice of raising interest rates on existing balances and double-cycle billing. Here’s a rundown of the proposed changes:

The new rules will probably help some people who have gotten behind on their credit card and have the means to pay it off. I, for one, don’t agree with the argument that the bill makes good credit holders pay for the bad. It’s entirely the choice of credit card companies to raise rates on the good consumers. They are choosing that option, so they can continue to enjoy enormous profit margins.

Of course, my ultimate advice is for everyone to cut up their credit cards. But, hey, that’s just me.

2 thoughts on “New credit card rules great for the unemployed”