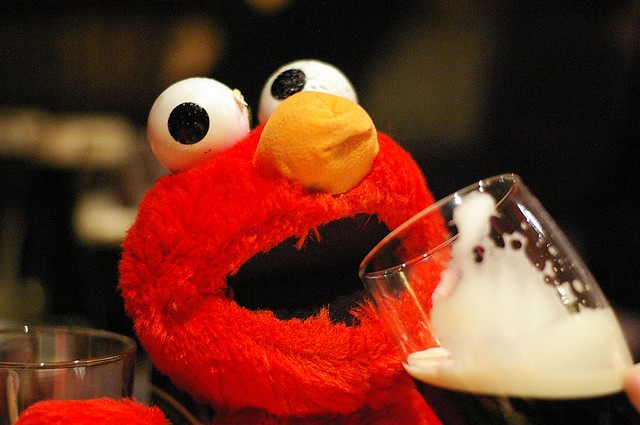 Why is Elmo drowning his sorrows in booze?

It might be H.R. 68. This bill, filed by Rep. Doug Lamborn, targets the Corporation for Public Broadcasting, a 44-year-old not-for-profit corporation that funds various TV and radio programs (including Sesame Street).  Long the bane of ardent conservatives who view the CPB as a liberal mouthpiece for the government, Republicans swept into office after the mid-term elections have their sights set on ending federal funding for this organization.

It’s nothing new. Conservatives have tried for decades to gut funding from the CPB. In the 60s, Mr. Rogers even got involved defending the non-profit when President Nixon wanted to cut its budget by 50 percent.

But this latest attack on the CPB does more than just eliminate federal funding while the country recovers from the recession; it seeks to forever remove the option for funding the CPB. This could have disasterous effects on some PBS and NPR stations around the country.

(The House has already passed a budget eliminating funding)

Rep. Lamborn, a Republican from Colorado, filed a similar bill last year that never made it out of committee. But he has much more support this session with the Republican majority in the House of Representatives.

In this session’s fierce budget fight between Tea Party-backed Republicans and President Obama, there is bound to be some casualties. But should educational programming one of them? Especially in this of age of dubious children’s programming – an issue these same Tea Party-backed Republicans have brought up before – pulling the plug on the Corporation for Public Broadcasting is not a smart move.

There’s a whole lot more unemployed journalists in Florida
May 22, 2009
Welcome to Korea, again: SHINee, ddukbokki and diary decoration in this edition of Letters from Korean Students
February 25, 2011
Snapshots: Taking advice from a brick wall
September 24, 2009