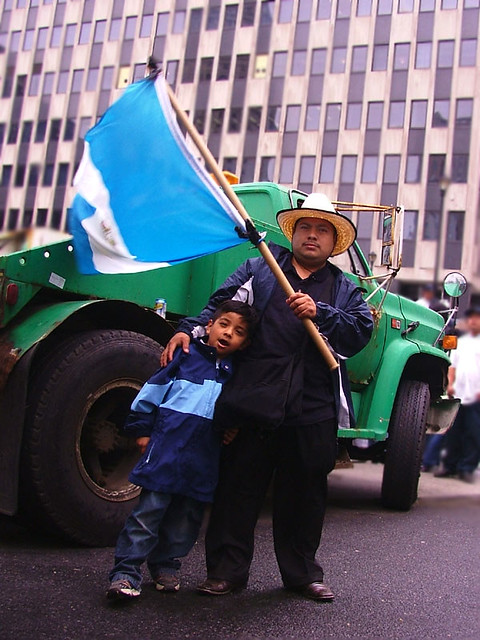 Many legislators came to power in November campaigning on money-related issues: inflated budgets, taxes and the country’s economy. But many politicians also ran on various wedge issues – those hot button topics that force voters on one of two sides. After Arizona leaders passed a law giving police the power to stop drivers and check their immigration status, our neighbors to the south once again became a wedge issue.

So it comes as no surprise that politicians on both sides of the aisle are sponsoring immigration-related bills. Unfortunately, when dealing with an issue as complex as immigration, most politicians only offer simple, politically-expedient and divisive legislation.

The worst of the bills comes from Rep. Steve King. This Iowa Republican — who even scares other Republicans with his inflammatory language — is sponsoring the Birthright Citizenship Act, also known around talk radio circles as the “Anchor Baby Act.” This piece of legislation basically seeks to overturn the 14th amendment, which allows for U.S. citizenship to anyone born on American soil. H.R. 140 already has four other politicians signing on. In addition, many states are planning similar proposals.

Putting the immigration debate aside, this bill is a waste of time for three reasons:

1) If simply being born in the U.S. does not qualify us for citizenship, then a birth certificate is proved useless. How much money, time and hassle will it take for the country to move away from using birth certificates? And how long will that take?

2) The U.S. Supreme Court has already upheld birthright citizenship. Check out the United States v. Wong Kim Ark. Why file a bill that will be ruled unconstitutional? Because it’s the easy way to gain political points. If Rep. King would have filed a Constutitional amendment, we all know it wouldn’t pass.

3) It would have a negligible effect on the numbers of undocumented immigrants. Having babies is not the reason folks come to the United States. Employment is/has/will continue to be the No. 1 reason people cross our borders illegally. Even mothers who come to the U.S. pregnant so their children can become U.S. citizens only do so because they can get work and a better life. Which means, even if this passed, there would still be pregnant mothers crossing the borders. But instead of their children becoming U.S. citizens, the kids will just add to the statistics of illegal immigrants.