There are few bills that reach the absolute absurdity of SB 806, a proposed law banning lighters that resemble “a cartoon character, animal, toy, gun, watch, musical instrument, vehicle, food or beverage, that plays sound or musical notes, or that displays flashing lights or other visual effects.”

No, really — that’s a quote from the bill, which is sponsored by Republicans Senator Lee Constantine and House Rep. Scott Plakon.

But what’s really ludicrous is Florida isn’t the only state trying to enact novelty lighter bans. All across the country, state legislatures are lining up to snuff them out. Even at the national level, politicians are waging a war against lighters; this year, senators Ron Wyden, Susan Collins and Chris Dodd introduced the “Protect Children from Dangerous Lighters Act.”

The impetus for the bill is, of course, children — children who (somehow) grab a hold of these lighters and start setting people aflame. Of course, alternatives to this bill could be banning kids under 18 from buying any lighter, or — and I admit this one is a little crazy — calling on parents to take responsibility for their kids. 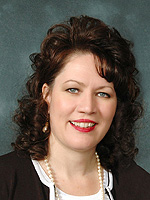 That State Senator Ronda Storms is a very talented woman. I mean, what other Florida politician can create such disdain among large swaths of the state’s population? She’s pissed off gays, First Amendment champions, librarians, science teachers and now, art lovers.

SB 1104 seeks to repeal the 30-year-old Art in State Public Buildings Program, a state provision that requires a small percentage of money for public buildings go into artwork for said structures. In an interview with a Tampa Tribune reporter, Storms says the bill is only fair while the state deals with a tough budget crisis:

“While I certainly believe art and culture provide wonderful benefits to Florida, I do not believe that at this time most Floridians want to continue this luxury when people are losing their jobs and seniors and children are losing health services.”

But is the outlay of money for public art really harming the state’s coffers? The Tribune had some interesting findings:

The statute applies only to buildings with public access. It excludes prisons, secure areas, maintenance sheds and other structures the public normally would not visit.

Under the statute, more than 1,000 works of art have been purchased and installed in state buildings, including universities, state parks, Department of Transportation district offices and state agency buildings.

Just like parks, recreational facilities and libraries, art adds a quality of life to a city. Considering public art money is a fraction of Florida’s budget, and may even generate money by impressing tourists and possible new businesses, this bill is positively ridiculous.

That must be why Storms recently added a sunset clause to the bill that would allow the public art program to return in 2011. A huge outcry among art lovers probably prompted that change of heart. Maybe repeated calls and e-mails to her office (and to your own state lawmaker) would nudge her away from the bill altogether.

(By the way, the House sponsor is Republican Rich Glorioso from Plant City. I don’t want him to get off the hook either. Contact his office here.)

Remember George Orwell’s 1984? Great book with a grave message: Watch out for the thought police.

“Thoughtcrime” comes to mind when I read SB 236.

Proposed by Democrat Dave Aronberg and Republicans Charles Dean and Carey Baker, this law would increase the penalties of stealing from utilities if the stolen power is used to grow marijuana. (Marijuana is specifically mentioned in the bill, though the proposed law could be used for other controlled substances.) Currently, anyone who steals from the utilities is guilty of a misdemeanor (depending on the amount stolen) and must pay back the power company. But if this bill passes, the intent to grow weed would increase punishment to a third-degree felony, a possible five-year prison sentence.

This bill comes as Florida deals with an ever-growing (ha!) amount of grow houses. In fact, as I’ve reported before, Florida is ranked No. 2 in the U.S. for marijuana cultivation, right behind California.

Without even getting into the debate over our wacked-out drug laws, and without pointing out that other states are loosening drug laws as Florida cracks down, I don’t see how stealing electricity for growing marijuana is any worse than, say, stealing electricity to create fake money, or stealing natural gas so you can cook the materials needed for explosives. Should we have subsets of the utility theft code for every stinkin’ intent for stealing power? Ridiculous.

Even if you don’t have the libertarian view on marijuana, why not up the utility theft penalties for everyone?

Accordingly, I give this bill a rating of 3 bong hits.

Frederica Wilson seems like a nice lady. I mean, come on: Who cannot like a state senator who wears a hat like that for her official photo?

Sen. Wilson has some admirable bills in this year’s session, too. She’s a former teacher and big champion of their causes. She’s compassionate about the woes of the homeless. Hell, she even wants to make sure inmates have condoms so they don’t contract HIV in the clink. Whether you are liberal or conservative, agree or disagree, you have to admit her heart seems in the right place with those type of bills.

But then there’s her repeated attempts to pass a bill like SB 74, a law that would prohibit the term “illegal alien” in any state documents.

Illegal immigration is definitely a hot topic in this country. Intelligent people have made strong arguments against and in defense of the issue. By the same token, ignorant people have used the controversy as a wedge issue. No matter your political persuasions, you cannot argue that the vast majority of people coming into this country illegally are good, hard-working individuals who just want a better life. It’s also hard to argue against how much strain they put on certain communities.

So with an issue so complex, so deserving of intelligent debate, Sen. Wilson wants to argue about the words we use to describe them? Illegal alien or undocumented worker — it may be semantics, but there’s a reason why it’s used officially both at the state and federal level. Exhibit A: The dictionary.

Alien. noun. 1. resident born in or belonging to another country who has not acquired citizenship by naturalization.

Undocumented worker sounds real nice, but it’s not entirely accurate. What if the person crossing over is the wife of a factory worker with a 2-month-old child who plans to become a stay-at-home mom? That woman could not be considered a worker, right? And what if they do have documents, but the papers are fake? Undocumented worker is a noun meant to elicit political support. But that’s hardly a reason to put it on official documents.

I understand Wilson’s argument: How can you call people illegal and children aliens? But with all the other woes in our state, politicians’ priorities should be on fixing these problems, not legislating political correctness.

Oh, Gary Siplin of Orlando: Did you not learn anything from last legislative session? Did you not realize that legislating underpants makes you, and the rest of us, look like reactionary fools with misplaced priorities?

Yes, our esteemed Democratic senator from Central Florida is at it again. SB 390 would prohibit students from exposing below the waist underwear while on the grounds of a public school.

I will give Siplin credit on one thing though — this year his penalties are a little more sane. Last year, he proposed arresting said youth rocking out with their drawers out. This year, small kids in big pants will receive a verbal warning for the first offense, suspension for three days on the second and a five-day suspension for a third offense.

But, as I noted last year, this law is not needed:

Besides the dubiousness of the state regulating local dress codes, Siplin fails to recognize that school districts already have dress code requirements that prohibit saggy pants.

Oh, Gary Siplin, what’s next for you? Short skirts? Stinky socks? Mandating clean underwear (in case of an accident)?!

(Read about my rating system here. Photo courtesy of Malingering/Flickr)

The Florida Legislature is halfway through its annual session and, as the maxim goes, “no man’s life, liberty or property is safe while the (Florida) Legislature is in session.” (Thanks, Mark Twain!)

I would add “no man’s sanity is safe either.”

The main word this session is “deregulation.” From suspending impact fees to giving telephone and power companies carte blanche over our pocketbooks, Florida’s politicians are bending backwards to try and appease business interests in the hopes of turning around our desperate economic situation. At least that’s the party line; the real reason could be opportunism.

Luckily, several journalists are reporting on these important bills, including Howard Troxler for the St. Petersburg Times. WMNF’s Rob Lorei interviewed Troxler yesterday for his “Radioactivity” program and I highly recommend downloading the podcast (it’s not available yet, but keep looking). Even as reporters’ ranks dwindle, some good work is coming out of the state’s major papers on these topics.

But what I don’t hear a lot about are these little bills that may not affect all Floridians, but could make lives miserable for a certain few. These are bills filed by legislators who missed the boat on real reforms and instead throw out politically-charged manifestos intended to get them re-elected. Or in some cases, perhaps these politicians are just insane.

Last year, while working at Creative Loafing, I profiled a number of a bills that just defied logic. At the top of my list was the law banning Truck Nutz. In fact, I rated all the other pieces of ridiculous legislation with one to five “Truck Nutz.” The law requiring the right amount of TP in public restrooms earned two “Nutz,” while the saggy pants bill earned five.

This year’s list of bills does not look much better. So, I’m bringing back the “Bipartisan Guide to Ridiculous Legislation.” There’s no Truck Nutz bill this session, so I’m going with another absurd proposed law: Rep. Darryl Rouson’s “bong tax.” I won’t go into the specifics here — I reported on this bill right before my lay-off — but basically Rep. Rouson wants to put a heavy tax on all the headshops in the state. So, every bill I outline here will be rated from one “bong hit” to five, with five representing the most stoned bills coming out this session.

For the next week, I’ll post a few outrageous bills each day. This is an important time for citizens; next week, many legislators will go home for Easter and put many of these bills on hold until they return. This is your chance to send letters and e-mails letting your representative and tell them you don’t appreciate their precious (and paid-for) time wasted on stupid legislation. Yes, laws like the bong tax might get us on the Daily Show, but they don’t solve our state’s problems.