This is a short list of my favorite stories from throughout my career. Check out my latest articles here. 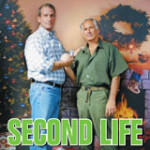 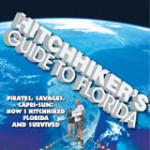 Hitchhiker’s Guide to Florida: Pirates, savages, Capri-Sun – how to hitchhike Florida and survive.
I joined an experienced hitchhiker for a wild trip around the state, including a ride in a van full of thieves.
Creative Loafing (also ran in Orlando Weekly), August 2007 Web | PDF 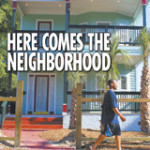 Here Comes the Neighborhood: Things are looking up in St. Pete’s Bartlett Park. So why do the improvements fill some residents with dread?
This article won second place in features at the 2008 Griot Drum Awards sponsored by the Tampa Bay Association of Black Journalists.
Creative Loafing, April 2007 Web | PDF 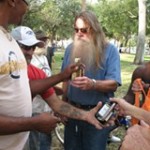 Bourbon Street: One man’s quest to give St. Pete’s homeless some holiday cheer
While musing in his jewelry store on Pass-A-Grille beach, Evander Preston had an idea to enliven the moods of the homeless during the holiday season: Pass out pints of bourbon and cheap cigars.  This article caused enough of a stir for the city council to propose a ban on handing out alcohol in public. It did not pass.
Creative Loafing, December 2007 Web | PDF

Senatorial Confessions: The man behind the lingerie
I’m the only reporter to convince Ybor City’s most recognizable character to divulge his real name and history.
Creative Loafing, September 2006 Web

Concrete Verse: With chalk and a few lines of verse, Jacob Christiano shares his life as a sidewalk poet
Creative Loafing, July 2007 Web 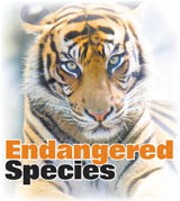 Endangered Species: How safe is Tampa’s Lowry Park Zoo?
After a tiger escaped an enclosure and a zoo employee had to kill it, I delved into long-standing issues at the popular Tampa attraction. My dogged reporting upset zoo officials enough to send my editor a “cease-and-desist” letter.
Creative Loafing, October 2006 Web | PDF 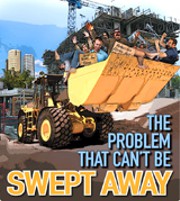 The Problem That Can’t Be Swept Away: Will the homelessness problem in Tampa Bay get worse before it gets better?
I tracked the growing homeless population for months, interviewing all stakeholders involved, for a comprehensive look at Pinellas County’s most pressing issue. One month after my story printed, St. Petersburg made national headlines when officials slashed tents and evicted several homeless from one encampment.
Creative Loafing, December 2006 Web | PDF

Bad management of Bethany Towers in South Pasadena leaves residents in limbo
Elderly issues are a hot topic in Tampa Bay. I delved through records to find out some surprising facts about a crumbling senior housing building, even tracking down one of the culprits at his home.
Creative Loafing, December 2008 Web | PDF

The Saddest Zoo in the World
I continued writing and reporting during my teaching stint in South Korea and created several narrated videos about life there. I titled the blog series: Alex and Chickpea Do Korea (“Chickpea” was the affectionate name I gave my girlfriend at the time). This is a short video about a zoo located in the heart of Daegu, South Korea.

A Look at the 2010 Busan Fireworks Festival
In one of my first videos of the series, I visited the dynamic port city of Busan to attend the 2010 Busan Fireworks Festival. Intrigued by “Korea’s San Francisco,” I arrived early to see the sights, smell the smells and eat wriggling octopus from the Jagalchi Fish Market.  Here’s a look at that day, all the way to the exploding climax!

Seoul adventures
Over the 2010 Chuseok holiday, I visited the mega city of Seoul. We embraced the cultural heritage, ate bizarre foods and, of course, had some good times with the locals!