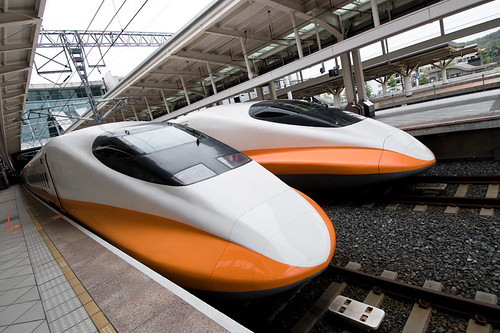 Can anything cool happen in Hillsborough County without county leaders overstepping their authority and crushing it?

As you may have read by now, the Hillsborough Public Transportation Commission — made up of politicians and wannabe politicians — effectively shut down two electric car businesses this month when they succumbed to pressure from the cab industry.

But of course Hillsborough County politicians can’t let a good thing last for long. Prompted by complaints from (overpriced) cabbies, the PTC decided to ban the electric vehicles citing safety and unfair competition. Unfair? How about the unfairness and cronyism inside the PTC?

Well now, after scores of citizens complained to the PTC, the commission is back-pedaling a bit. They want the vehicles back on the streets, they say, just with permits and insurance. But who knows if those requirements could keep these entrepreneurs sidelined permanently.

Sure, we don’t live in a 24-hour mecca like Las Vegas or New York City, but that doesn’t mean we have to end the night at 3 a.m. Whether you’re an insomniac or just a club-goer who doesn’t want the party to stop, here’s a guide to enjoying Tampa Bay ‘til the sun comes up.

Well, I didn’t personally go. I have a friend in the hospital, which seemed a little more important at the time. But citizen journalists from around the nation did attend today’s teabagging events. And I think they were a little disappointed, too:

Ybor City Stogie has a nice slideshow of the Tampa teabagging party.

Wonkette does a nice re-cap of the D.C. protest with pithy captions.

Did you know that some of the teabaggers still think Barack Obama is not really a U.S. citizen? NO WAY!!! The same blogger also chased by teabaggers in Cleveland.

A Pensacola progressive blogger takes the mic at a teabagging event. You have to watch this.

Texas threatens to secede. Obama, can we let ’em?

I’ll have more after my neck stops twitching.